A Visit to the Hirshhorn

"This show will be like all the others.  The review will be bad-my reviews always are.  But the reviews of the party will be terrific."  Andy Warhol, February 1979

This weekend is the last weekend to catch an interesting show at the Hirshhorn.  On display at the show titled "Shadows," are a series of silkscreened canvases Warhol made at age 50, in 1978, from pictures he took of shadows in his studio.  The 102 canvases wrap around the gallery mesmerizingly, and many of the bright colors Warhol used in previous, more famous pictures, are used here.  There are violet, aquamarine, bright pink, orange and other vibrant colors. Warhol played with negative and positive space in this work in a really compelling way.

According to the catalog the canvases "mock the bravura brushwork of the Abstact Expressionists."  And they did remind me of a painting called "Delaware Gap" by Franz Kline (which I really like, bravura brushwork and all).  They also "contradict the banality of their subject matter...with their monumental scale."  I'll buy that.  And I am working on blowing up a picture I took this afternoon of the cat's water bowl, which I'm sure will elevate it to a fascinating work of art and perhaps pay for my children's college.  Except I guess I might have been beaten to the punch.  All this said, the pictures were also really pretty!
﻿
﻿﻿﻿﻿﻿ The girls were interested in the show and really responded to the colors.  They also loved a piece next door to the Warhol in neon by the artist Dan Flavin. While looking at the Flavin exhibit we realized that the drawings the girls had done with a highlighter pen in their sketchbook glowed.  This gave us an idea to return with a large piece of paper and more highlighter pens and make some glowing art in the gallery.
Unfortunately the museum is undergoing some work right now making it less accessible than usual so when Jo decided she needed the bathroom our trip down the freight elevator to the basement from the third floor was the end of our trip to the museum.  Before we left I picked the girls up a really cool coloring book: 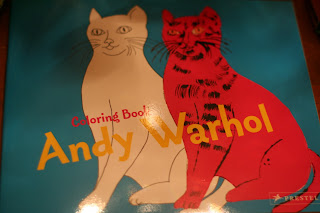 It has some great ideas in it, including one for a "coloring party" that we might have to try.  Our soundtrack for the trip was, of course: 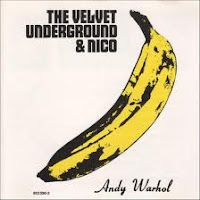 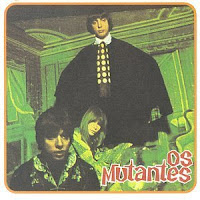 Now, if you would perhaps prefer your four year old not listen to songs about heroin (we did skip over that song) you could always introduce them to Os Mutantes.  They were similarly "psychedelic" but the words are in Portuguese, so as long as your kids don't speak that they won't go repeating questionable lyrics to preschool. 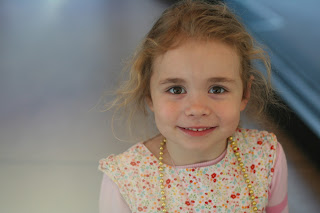 Email ThisBlogThis!Share to TwitterShare to FacebookShare to Pinterest
Labels: Places we go