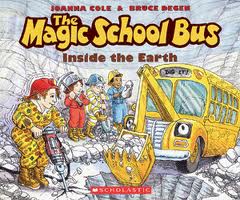 A week or so ago Josephine and Tess found a pretty rock in our front yard that they noticed was very sparkly.  After admiring it Jo asked me what made it sparkle.  I told her that there were crystals in the rock, but some of her follow up questions were harder for me to answer.  A few weeks prior to this I'd read a blog post here about making a crystal tree. Click on the link, the tree is awesome!  So pretty and cool.  I decided that this would be a good time to try making some crystals, and to read some about what crystals are and how they end up in rocks.  The first thing Jo requested when I told her we'd look up the answers to some of her questions was a Magic School Bus book.  We love these books!  They are so great because they present so many scientific ideas in a way understandable to a preschooler, and feature fun characters.  We chose the most topical Magic School Bus book and a few other books from the library about rocks and crystals. 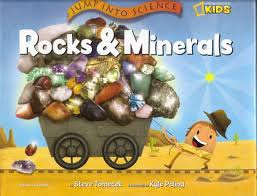 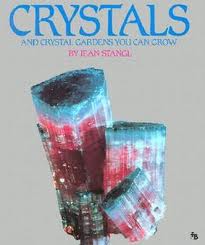 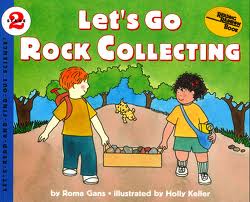 Then we decided to try making the crystal tree. The ingredients for the crystal tree are pretty straightforward except for one: liquid bluing.  Never heard of it, and even though you are supposed to be able to find it in the laundry aisle at the grocery store none of my local chain grocery stores had it. But one of our local grocery stores did!  As it turns out this liquid bluing stuff is pretty cool!  It's a "colloidal suspension" of flecks of blue iron powder suspended in water.  It is non-toxic, biodegradable, and non-hazardous.  It was designed originally to make your whites whiter in the laundry (read all about this cool stuff here) but it can also be used to grow crystals. 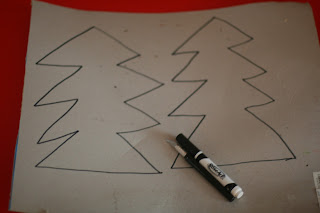 For our crystal tree I used cardboard from the back of an old pack of easel paper, and an x-acto knife to cut out our tree shapes.  Then the girls painted them with liquid watercolors, for decoration, and for some color for the crystals.   The recipe for the crystal tree is: 1 TBS of water, 1 TBS salt (iodized or not), 1 TBS bluing, and 1/2 TBS ammonia (which speeds up the evaporation).  Shake this up well and put your tree right down in the solution.
Then wait, although you should start to see some crystals forming within a few hours.  There isn't actually any reaction taking place, just evaporation.  This is the explanation from the Mrs. Stewart's liquid bluing site: "As the water from the bluing and the clear water which is first added evaporate, two things happen. The blue particles can no longer be supported and the excess salt cannot stay in solution. The salt crystallization process will take place around the blue particles as nuclei, in much the same way as silver iodide cloud seeding accelerates the formation of rain drops." 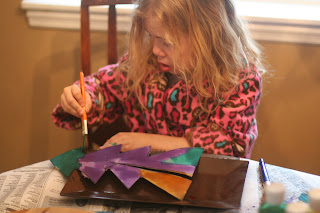 I think we made a few mistakes with this, because although we did get some crystals to grow on our tree we didn't have nearly as many as we could.  First, we made our tree a little big.  Second, I don't think we got the salt dissolved in the water, liquid bluing, and ammonia as well as we should have.  Finally, we put the tree in a pan that was a little too shallow. We are currently working on round two and are hoping it will make more showy crystals for the girls to look at.  The crystals book shown above also has some other awesome ideas for making crystals including rock candy, a recipe for walnut shaped crystals using alum, and a crystal garden, all of which we will be trying (at least that's the plan). 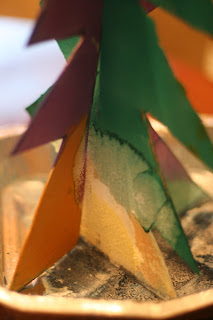 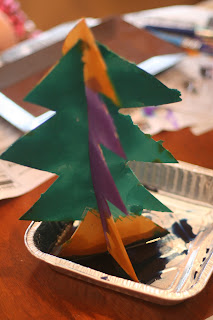 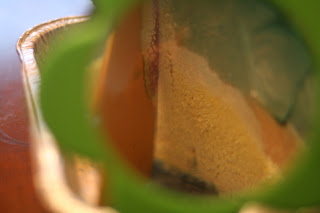 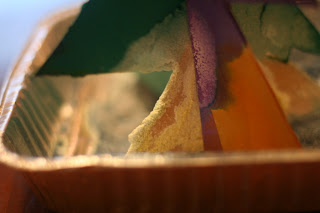