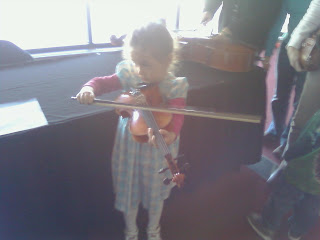 Today we took a trip to Baltimore to attend a concert put on by the Baltimore Symphony Orchestra and to really dig into some culture of the not-Nick-Jr. variety. The BSO has a family concert series and this show was a part of that series. Called "Sea Songs," the music featured works about the sea or with subjects related to the sea, like pirates, sharks, and dancing Russian sailors (The Russian Sailor's Dance is an interesting piece written for a Soviet era ballet called The Red Poppy, and per my master googling skills, frequently used as an encore at the symphony).

It was a really fun show which included the theme to Jaws (by John Williams), "He's a Pirate," from Pirates of the Caribbean, and a traditional version of "Blow the Man Down," sung by the group Magpie and featuring a concertina and a harmonica. Our only glitch was that Jo spotted a gong (actually the musicians referred to it as something else, but I didn't catch the name, and it looked and sounded like a gong) in the percussion section and worried over that before every song. I promise it's not because we wake her in the morning to the sound of a gong, though you'd think maybe we did. 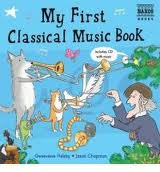 At any rate before the show, while Jo was somersaulting through the lobby in order not to be outdone by the various animals visiting from the zoo (a pre-show bonus), I went to the gift shop and bought the coolest book and CD!  I do not have a background in music, but being of course an aesthete, I am drawn to all things of culture and refinement and no that is not related to my Bravo TV and Disney (although) obsessions, but thanks for asking. This book though, and the CD, and actually lots of music this company produces, are really interesting and I can't wait to poke around on the website more.

The book is called, "My First Classical Music Book", and the CD is called  "Famous Composers," narrated by Marin Alsop (music director of the BSO).  The book begins by talking about places to hear music (the cinema, weddings, the concert hall), then covers a handful of famous composers, and then goes through the various parts of the orchestra.  There are songs and excerpts of songs you're directed to play (off an accompanying CD) throughout the book.  The girls loved it! 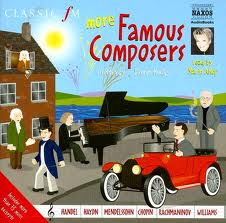 The "Famous Composers" CD covers six composers with Marin Alsop describing their lives, and featuring a variety of their music.  The CD was produced by Naxos and among the many interesting albums they make, you can find a bunch of classical music CD's for kids. These include the "My First," series which offers a ballet collection, a Mozart album, a lullaby album, a violin album, a piano album etc....  On their website you can also follow a link to the "My First Classical Music Book," for the ipad.  They even have a CD compilation of favorite poems for children and many other unique and interesting titles. 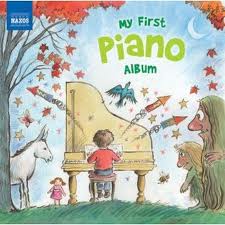 Now go enjoy yourself some music composed by a teenager!  (Mozart, I mean).  Happy listening. 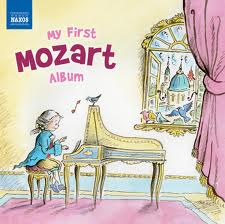