Let's Talk about the Sun! 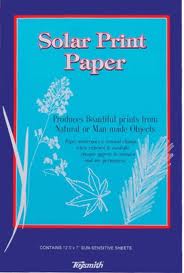 This week when my mom came to visit she brought some solar print paper for the girls to try out.  It is pretty interesting stuff, and gave me a good excuse to talk to Jo about the solar storm occurring this week.

So, okay, sidebar.  If you have a slightly anxious four year old prone to worrying about things, don't go talking about solar storms unless you really know what you are talking about. Because if you don't you will end up backtracking, making stuff up, and finally, in response to your child's increasing panic, resort to declaring that the sun is a "shiny friend," and that a solar flare is, "the sun blowing us a kiss." So much for science! Don't even think of bringing up auroras!  Where is the Magic School Bus story about the class visiting the sun when you need it?!  We did look up some things on the internet and found a website that helped (a little), but there is probably a reason Kindergarten teachers don't go deep into nuclear fusion.  Find a song for kids about the sun here. 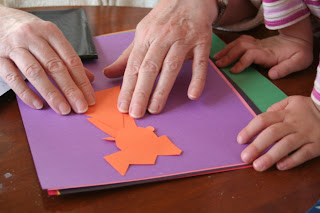 Back to the solar prints.  Tess first made one out of a big oak leaf she found in the back yard.  Then Jo made one from cutting out geometric shapes and arranging them into a princess. She then used foam letters to spell out her name.  This is pretty cool because it's a fun way to work on letter recognition and spelling your name (without the kid realizing they are "working" on either).  The paper is coated with light sensitive chemicals which react to light waves when exposed to sunlight.  When you put an object on the paper it blocks the light and turns the paper white, while the remaining paper stays blue.  Running it under water once you bring it inside fixes the image on the paper. 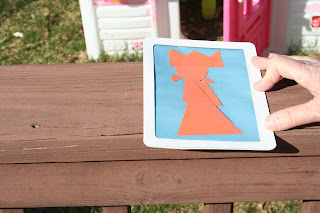 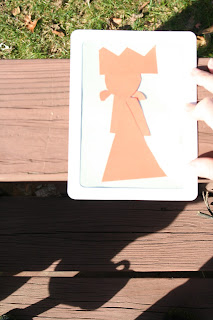 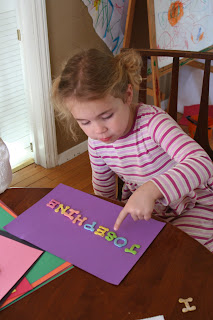 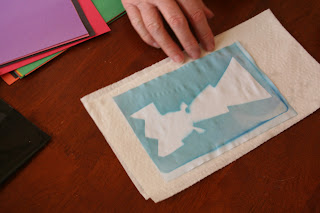 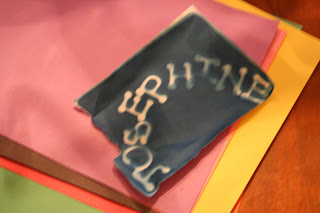 There were lots of ideas included with the paper that would be fun to try; flowers, buttons, keys, lace, and even a film negative (if we could put our hands on one).  We will definitely be experimenting more with this, just as soon as I can convince Jo it's safe to go outside again.
Posted by Mary at 7:23 PM